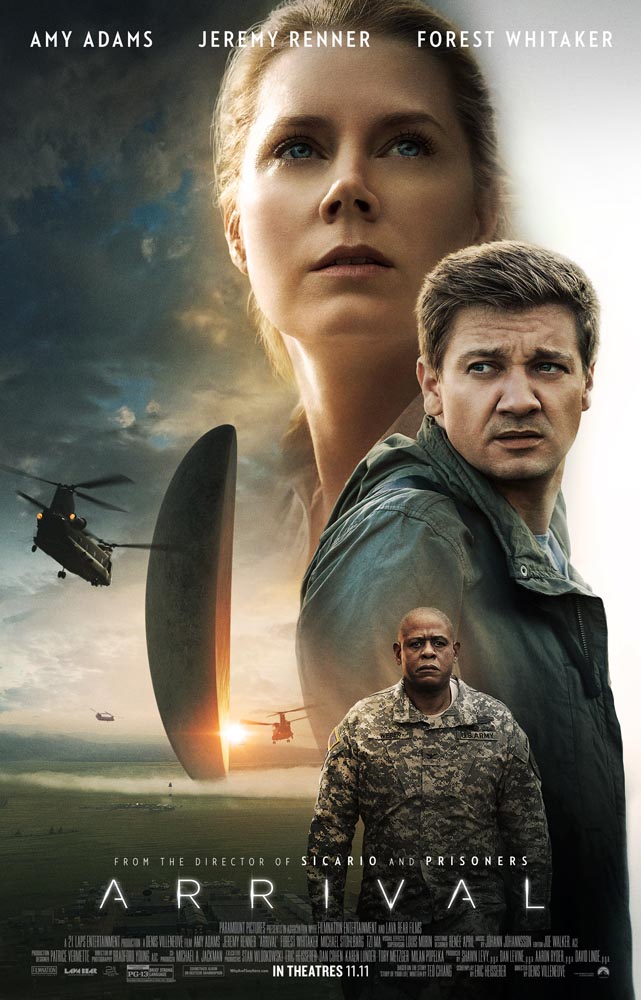 A sci- movie reveals the power of classical languages

Spoiler Alert:  Arrival’s reality is closer than most science fiction. 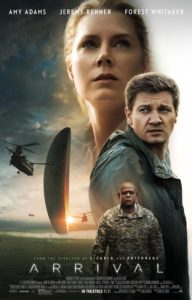 Twelve mysterious UFO’s hover over global positions in a sci-fi cliché that deserves one more installment.

The imaginative plot in Oscar-winning Arrival was recently made available for streaming and on DVD. Arrival’s routine plot is matched with a thought-provoking response to alien threats—not atomic weapons, viruses, superheroes, other technological marvels of science.

Rather, the world is saved by language. But in a way you might not expect.

The film hinges on the power of language to effect our capacity for thought, as Dr. Louise Banks interprets the glyphs of an alien race. Language does more than communicate, it shapes us to think in ways we could not otherwise think—to see things we could not otherwise see. Where did they get this sci-fi plot? As we’ve seen before, history is often Hollywood’s source. For thousands of years, from the Stone, to the Bronze, to the Iron Age, humans saw little change. Then, the Greeks began to think. They began to create words for, then build stories about, and then structure language around abstract ideas for the “perfect” or “Platonic.” Arrival looks back to this very real power that, in an ironic twist, brought much of science to us in the first place.

Within just a few centuries, the rise of philosophers in Athens changed the Greek language, filling it with transcendent words like logos, pathos, telos, arete, and paideia—words for which we still have no accurate translation. Greek, as a language, formed to support conversations about the “perfect” or “ideal” or “infinite.” Euclid, Pythagoras, Archimedes and others led the way for a culture that began to think abstractly: two-dimensional shapes with no depth, lines that went to infinity, and ratios that had divine relationships. From these abstractions, they created math that could accurately calculate the circumference of the earth thousands of years before modern science did. They measured detailed heavenly paths to navigate the oceans. They created the ionic scale in music that we still use. The Greek language was so powerful, it dominated the Roman empire. And, it became the language of the New Testament.

If you are affiliated with a classical Christian school, you’ve undoubtedly been told that Latin students score 150 points higher on the SAT. Or that students who learn Latin can more quickly learn nearly any European language. But the real reason we teach these languages is that we are “Christian worldview” schools. Language shapes how we think. In Arrival, Dr. Banks, the linguist, is asked if she dreams in the alien language. The implication: when we immerse ourselves in a powerful language, something unexplainable—almost magical—happens. The invisible suddenly becomes visible. We encounter new ideas for the first time but at a level we can never translate into our native language. 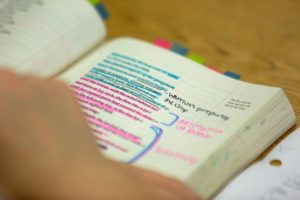 The trinity, the God-man nature of Christ, “wisdom,” “education,” and countless other early Christian ideas are better understood the closer we get to the language in which they were originally discussed and described. is is an almost mystical idea that our modern, practical, rational minds find “alien.”

Roman Catholic theologians and early reformers alike understood this and valued transacting philosophy and theology in these classical languages. “For the devil smelled a rat and perceived that if the classical languages were revived a hole would be knocked in his kingdom which he could not easily stop up again … Since he found he could not prevent their revival, he now aims to keep them on such slender rations that they will of themselves decline and pass away.” —Martin Luther

Latin is the language of most church theologians and Greek is the language of the New Testament and philosophy. We teach classical languages like Hebrew, Latin or Greek because they help students engage with and see important ideas they could not otherwise see. The real strength comes when students become fluent, able to read for pleasure in the ancient language. As with Dr. Banks, we hope our students can reveal something unseen to a world desperate for understanding.

Arrival is free of sexual situations, with mild violence, and with some language. The film is probably suitable for most over 13. Some may notice slightly new-age ideas about circular time, but its cerebral content sets a pace like 2001, A Space Odyssey. So, the younger set may have difficulty staying with it.

Spoiler alert:  Arrival’s reality is closer than most science fiction.

In the film, Linguist Louise Banks is recruited along with theoretical physicist Ian Donnelly to respond to the arrival of multiple ships around the world.  Early on, we see the rivalry between science and human linguistics emerge.  The linguist soon earns the respect of the military and the scientists as she communicates with the Aliens by learning their language.  But something else is happening.  As she learns the alien language, she begins to experience premonitions of her future daughter’s battle with cancer.  Is this telepathy from the aliens?  Something supernatural?  No.  It turns out that the aliens simply speak a language that shapes them in a way that they can see the future.  Language has the power to shape our power to see.  This reality, known to many linguists, is why we do higher math.  It’s why the Greeks learned that the earth was round and measured it. The aliens learn that the humans will help them some 3000 years in the future, so they come to give us a gift— their language.  The language itself helps reshape the mind to see things we otherwise could never see.  In this film, the future is that thing.  Then, a whole new depth of plot emerges as Dr. Banks decides what to do with her knowledge of the future.  We see her pull out her newly printed book on the alien language.  We see her struggle with a painful future of cancer and divorce.  But, we also see her choose suffering as she chooses the love that goes along with it.   The film offers something on time, something on fate, but most interestingly, it challenges the source of our understanding— is it science? or does language provide something deeper than even science can?