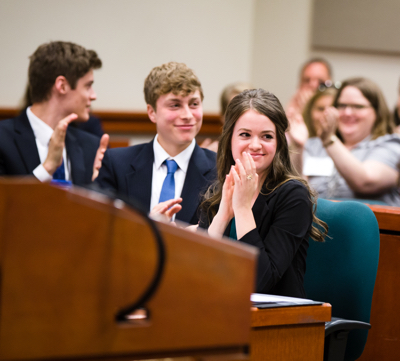 In May, the National Mock Trial Championships in Boise, Idaho crowned a new national champion– a group of homeschoolers from Iowa.  The competition draws schools from over 40 states and a number of US territories, as well as South Korea.  The location rotates between US states and takes the top team from each state.  This year, two classical Christian schools participated from Idaho, a privilege awarded to the host state when an odd number of teams enters the competition.  The two teams– from The Ambrose School in Boise/ Meridian and the northern team Logos from Moscow– represented the first and second place teams from Idaho.  The teams placed 6th and 7th respectively in the national competition.

Given the number of schools involved, it’s notable that two classical Christian schools were in the top 10 teams.  Classical education has proven to prepare students for success in a number of academic competitions.