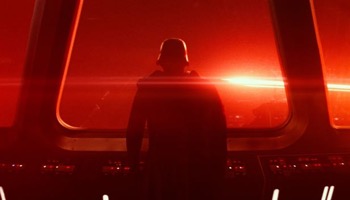 from a time long ago,

but not so far away

I will not betray the republic. My loyalties lie with the Senate.
—Anakin Skywalker

Just after the buzz of the latest installment in the Star Wars series— The Force Awakens—here’s some fodder for conversation.

A plot is hatched against the Console’s life as he moves to consolidate his power and marginalize the Senate. Discovered, the would-be assassins flee for their lives. Tracked down on the battlefield by the Console’s chosen apprentice, they are all killed one by one. The Senate turns over all power to the new apprentice-emperor, who sets about conquering and subduing the outer territories. The new emperor brings about the greatest military power known until that time, and succeeds in ruling the empire with an iron grip. He establishes the red-clad praetorian guard to loyally support the Empire in the capital. Rebel bases in the territories organize to restore the Republic, but years of military campaigns stamp them out.

LucasFilms? No, this is the true story of the founding of the Roman Empire under Caesars Julius and Augustus.

George Lucas borrowed much from a time long ago, but not so far away. If your history is a little fuzzy on the rise of the Roman Empire, you might be surprised at just how much Star Wars lore comes from histories and civilizations relatively close to home (relative, say, to Tatooine). His plot parallels much from the period of the Roman-Republic-turned-Empire (509 BC to 14 AD)—the Republic, the Senate, the Praetorian Guard, the practice of imperial succession through a single adopted heir, name changes (apprentice Octavius becomes Caesar Augustus), power transfer, outer territories (ironically, Tatooine is actually filmed in Tunisia, which was once part of the “outer rim” of the Roman Empire), a hub of civilization (Rome = Coruscant), and the list goes on. It doesn’t stop in Rome. Lucas combines Eastern religion, and adds a tantalizing portion of Hollywood action to extend a story that has shaped our common experience with our neighbors for nearly 40 years.

For Augustus, The Aeneid was more than a story—it was his cultural weapon.

But the plot thickens. If Lucas borrowed his story from the first two Caesars, Caesar Augustus did some borrowing of his own. The new emperor commissioned the “Star Wars” of his time—an epic poem called The Aeneid. For Augustus, The Aeneid was more than a story—it was his cultural weapon. The Aeneid tells the story of a Trojan general on the run from his Greek conquerors, as he establishes Rome through duty and divine fate. The story inspired the great Roman nation under an emperor. Augustus’ “Death Star” was not powered by a hyper-matter reactor, but by a poet named Virgil. So why would the most effective military emperor in history commission a story as an instrument of conquest? Caesar knew two things: You rule with the hearts of the people, and people’s hearts are shaped through stories. Over time, The Aeneid shaped the affections of the Roman people toward nationalism for Rome, and its emperor.

Like Lucas borrowed from Rome, Augustus and Virgil borrowed their back story from Homer, the Greek poet who wrote two stories—The Iliad and The Odyssey— that cultivated the Greek’s love of individual glory and individualistic heroes. These Greek values penetrated Rome’s culture so deeply that they threatened the very idea of Rome as a divine state. You either love to be a great hero for yourself, or for Rome, but you have to pick one.

With so many of history’s great civilizations growing out of story, we have to ask, “What cultural values is Star Wars promoting?” Most students at classical Christian schools read the formative stories of the West. Why do we read them? C.S. Lewis said that we “need something to set against the present, to remind us that the basic assumptions have been quite different in different periods and that much which seems certain to the uneducated is merely temporary fashion. A man who has lived in many places is not likely to be deceived by the local errors of his native village; the scholar has lived in many times and is therefore in some degree immune from the great cataract of nonsense that pours from the press and the microphone of his own age.”

Will hating anything, even evil, corrupt you? Is death a natural part of life? Is fear the path to destruction?

Our kids can enjoy Star Wars, and countless other stories more, because they can see the bigger picture. The deeper picture. As your children enjoy the enticing episodic stories of George Lucas, we want them to see through the assumptions. We want them to draw out the values embedded deeply within Star Wars and question them: Will hating anything, even evil, corrupt you? Or are we called to hate evil? Is death a natural part of life? Or, is it an apparition brought about by sin over which Christ is victorious? Is fear the path to destruction? Or can fear be the beginning of knowledge? The best way to help your children grow to become wise is to engage them on this level, and to make sure they have “lived in many times and therefore in some degree are immune from the great cataract of nonsense that pours from our age.”