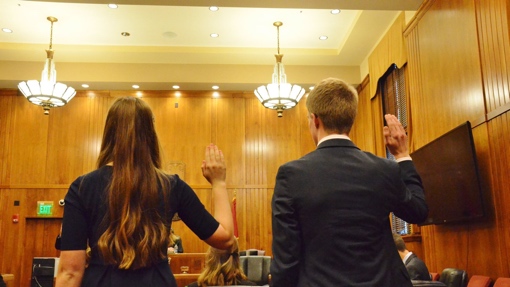 In 1981, David Hicks wrote one of the defining works of the classical Christian education renewal: “Norms and Nobility.” Recently, Hicks made an argument in line with Shawn Barnett’s recent article in The Federalist about classical education: Yes, these kinds of schools are better. Yes, It holds great promise. But it’s never going to rise again. It cannot be recreated. It’s dead because our culture can no longer comprehend it.

Both men take slightly different tacks. Also, respectfully, both Hicks and Barnett miss the point: Classical education is not at the mercy of our culture. Instead, it has the potential to shape a new culture that is anchored in reality.

David Goodwin, President of the ACCS Mr. Goodwin was the headmaster of The Ambrose School, a classical Christian school in Boise, ID from 2003 through 2014. He served on the ACCS board as an elected member from 2010 to 2014 and helped develop the strategic plan for the ACCS. He has been the full-time President of the ACCS since 2015. Prior to his work in classical Christian education, Mr. Goodwin spent 13 years in marketing and new business development for a large computer products manufacturer. He holds an MBA and BIS from Boise State University. He and his wife, Stormy, work as a team on many ACCS projects and attend All Saints Presbyterian Church in Boise, Idaho. They have 3 children who attend The Ambrose School.