George Grant is the founder of Franklin Classical School, a rhetoric school humanities instructor, and a well-known figure in classical Christian education. 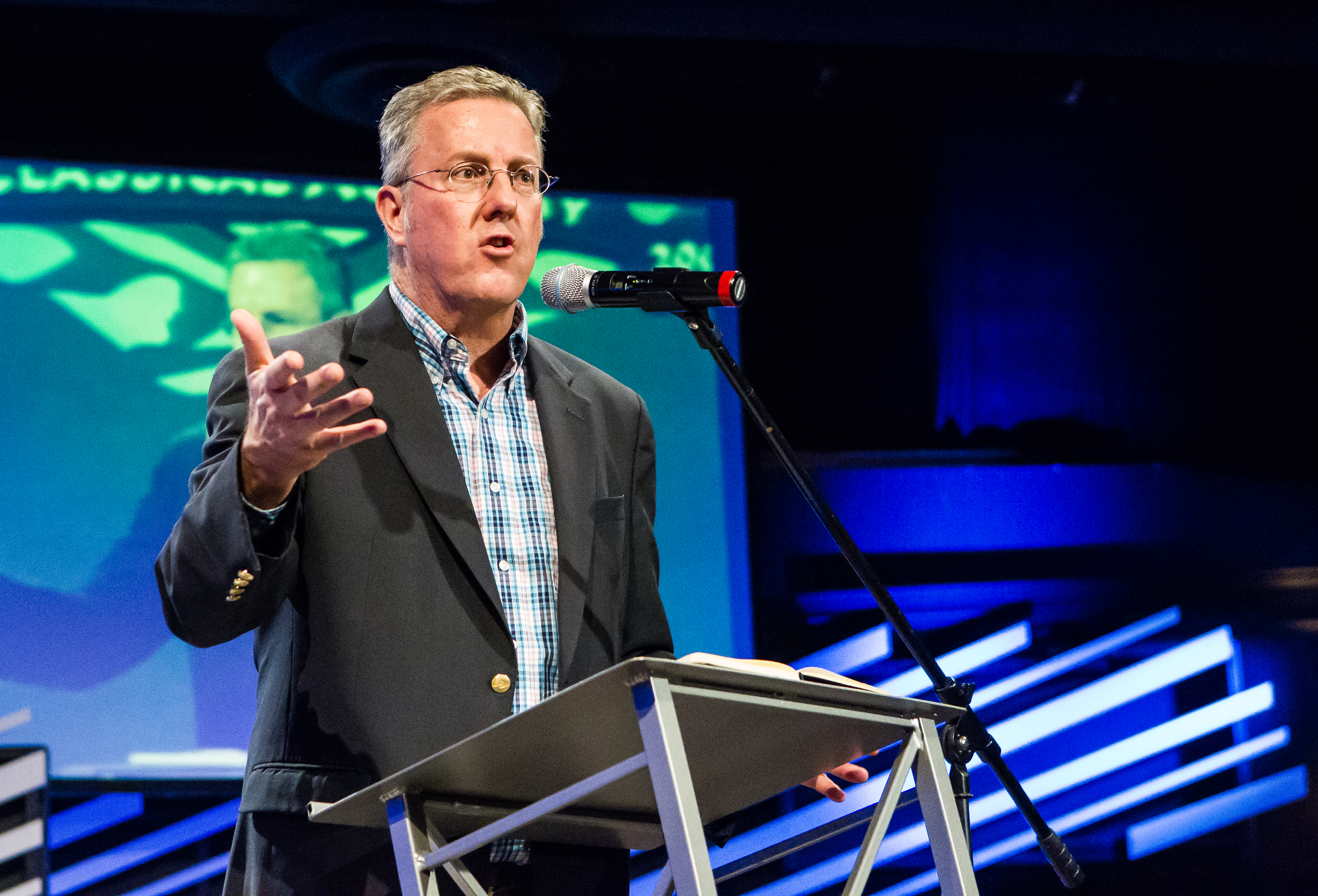 George Grant is the founder of Franklin Classical School, a rhetoric school humanities instructor, and a well-known figure in classical Christian education. Author of a dozen books on history, social criticism, and politics, he maintains an active writing and speaking schedule around the world. But before all that …

Imagine discovering that a large portion of what you learned in high school and college was factually and historically wrong; that you had been denied critical knowledge that would change how you see the world; that you were on your own to find answers to your questions. George Grant made this discovery in graduate school, and it redirected his vision of eduction.

After attending a rigorous, secular private school, George Grant began public school in 7th grade. No longer needing to study to keep up, and having read most of the required books, he felt he was already well educated. In college he sought to pursue more substantive things; it wasn’t hard—not because he was so bright but because school was so dim.

Originally seeking a master’s in architectural school, by his sophomore year—a fairly new convert to Christianity— he felt a tug toward ministry. He left architecture to pursue political science, thinking his best contribution would be to work for a congressman, or become a Christian lobbyist concentrating on social affairs. He did not think his ministry would be from the pulpit, and he didn’t even know what Christian education was.

As a husband and father, well into his career as a political speech writer, a research project for white papers led to a life-changing question.

“I started to read about America’s founding era: about some of the men, and the way they were trained, and the stuff that they read, and I thought to myself, ‘Is there anything like this, anywhere?’

“I began to discover some basic facts of American history that stunned me.”

Grant studied American history beginning at its foundation. When he asked his professor about what he was reading, the professor explained that many sources stopped being published around the Civil War, as the views of anti-Federalists became discredited. But it was a different history than Grant had ever been told.

“I was working on a master’s degree in political science and I’d never heard of this!” Grant was left with a deep conviction: “I have been robbed!” It was not just information but a deep worldview that was missing.

As a parent, Grant determined this for his kids’ education:

“There has to be substance. I don’t want my kids to be robbed of this worldview, of this legacy, of the ability to put the pieces together and see connections between the various disciplines, of the right to have the full legacy that ought to be their birthright! There is a deeper story in revisionist history. It’s not about the facts; it’s about what flaw in our nation’s worldview makes these facts discardable. The foundation of our nation is a handful of straggling colonies pulling together a vision of government, freedom, and opportunity that has become a model for the world ever since. These men stood up to the greatest military power the world had known and won, and we don’t know the story of why or how.”

These “aha moments” occurred in studying other disciplines. Even in math he began to learn how much more there is than just numbers. “Euclid wrote stuff? I was never exposed to that, never even led to know these things existed.”

A Story Worth Telling

“From Augustine on it was classical Christian education that transformed cultures. The Gospel transformed the church with grace, mercy, and truth. Education moved it into the culture. Why aren’t we doing this in the most difficult trouble spots in the world?”

Through providential connections, Grant started a network of schools in northern Iraq. The largest in Sulimaniya has 1000 students, Urbile hosts 900 students (30 miles from Mosel, the ISIS frontlines), and another 175 students attend a school near the Turkish border. Three additional schools have been established in refugee camps in the wake of ISIS destruction.

“Education is such a tool to rebuild a culture on the right path, and these places are at ground level. The remarkable thing is the [Iraqi] students are taking what we would consider baby steps, but those students are catapulted to the front of their cultures as THE leaders—thought leaders, action leaders.”

Sulimaniya graduates visited several European cities on their senior trip. Upon their return they asked, “Why are the streets in Europe so clean and here there is garbage everywhere?”

So they started a garbage service. “They made connections, started businesses, and some are now millionaires, literally.

“So, classical education has created garbage men. They know how to think and solve a problem. They can go into the job market and they can figure it out; their bosses don’t need to train out of them what they learned.”

We need to retell this story: we want fast, quick education but it’s a deep investment. It will make deep roots and lifetime changes. It won’t happen fast. Don’t judge kids in high school or college, but in their 40s when they have to make some deep, difficult decisions. Were the seeds planted? Do they have the fortitude and the character to do what they need to do?

“Kids say, ‘I need to be in public school.’ Some of our students were determined to never darken the door of our school again. Now we have their children.

How can I support such schools globally?

ACCS supports schools globally by giving them access to our MRC as part of their international membership. We also support mission schools around the world and look for opportunities to help our brothers and sisters in Christ in less fortunate places. You can support ACCS by going here: https://classicalchristian.org/donate/