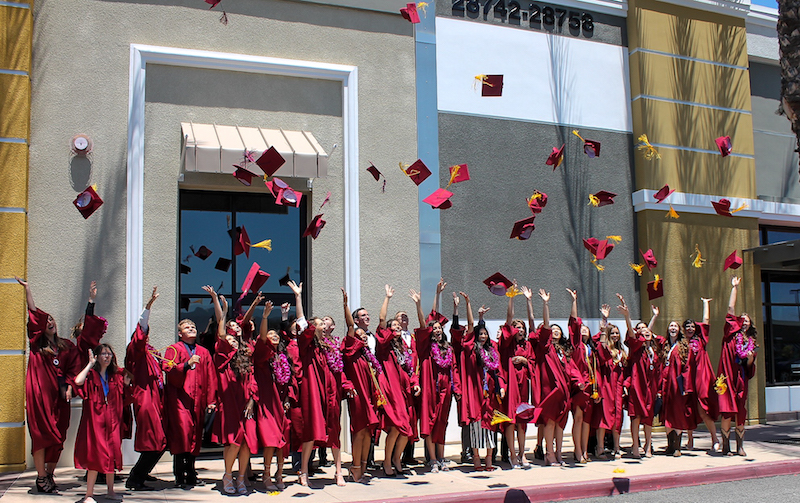 The Success of Our Current Schools Benefits Everyone

With the help of Ziegler, a leader in education and faith-based investments, ACCS Member School, Trinity Classical Academy, has closed on their new school building.

Last week, we documented how the receptivity of classical Christian education is increasing. This was because of a growing class of disgruntled donors.

But while it is good to speculate on future gains for classical Christian education, it is also important to be encouraged by the current ones.

The success of schools like Trinity continues to prove that schools who stick to the model of classical Christian education will show results. What’s more, they will grow.

Located in Santa Clarita, California, Trinity started in the year 2000. It quickly joined the Association of Classical Christian Schools in 2001.

Since that time the school grew from kindergarten to 12th grade. And today, they celebrate 7 graduate classes.

And, as noted in the news report, “100% of those students have been accepted to a four-year college or university, validating the strong academic model at the School.”

We predict that organizations like Ziegler will continue to see schools like Trinity as investments. Ones that will grow into fruitful, long-term partnerships.

Quantity and Quality: How to Think About School Growth

Two types of growth are seen in classical Christian education.

One type of is the quantitative–which the Gospel Coalition reported several years ago. This is the growth in raw numbers for our schools. To date, the ACCS is one of the only school membership organizations which adds more schools than it loses.

The other type of growth is qualitative. This is when our schools increase enrollment, gain a new facility, or are blessed with successful graduates.

Trinity, along with so many ACCS schools, is driving success at the center. They point more and more people in the direction of classical Christian education.

Want to learn more about Trinity classical and our other schools? Click here to see them featured in our movie, Geronimo, Amen!