How to Save a Life: A Reformed Look at Salvation in Dickens’ “A Tale of Two Cities” 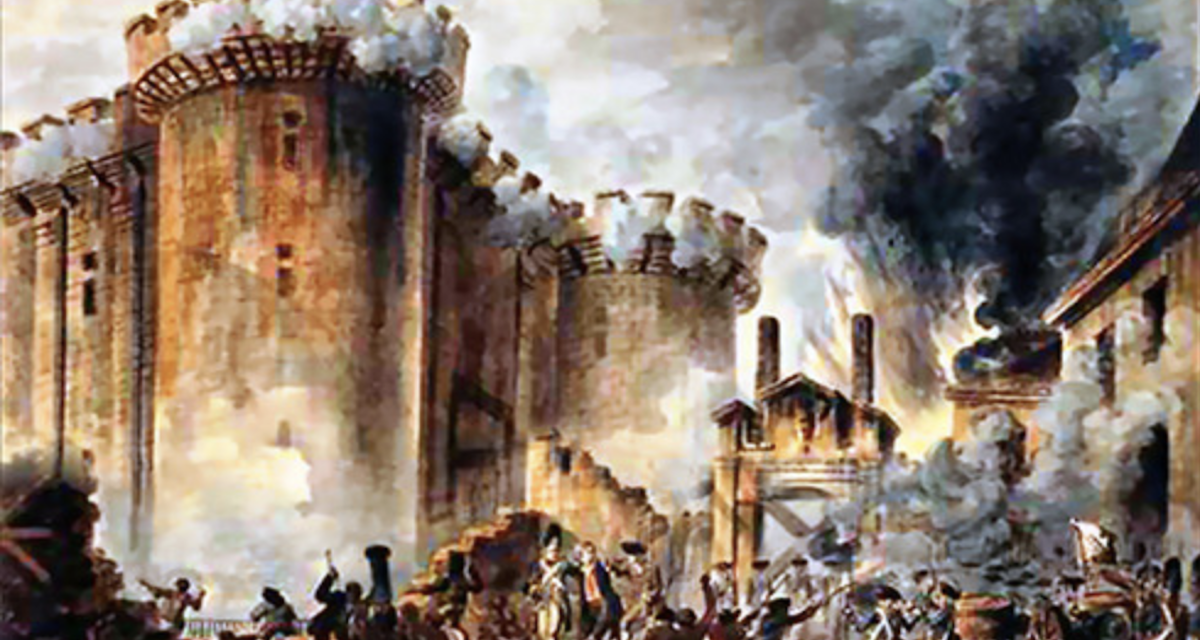 See more in The Stacks.
Please note that the views expressed here do not necessarily reflect the views or policies of the ACCS.

When in high school English classrooms it is time to read Dickens’ classic A Tale of Two Cities, it truly is the best of times for some who love his wit and memorable characters–and the worst of times for those who just don’t get it.  Though not as accessible as modern popular favorites such as Hunger Games or Harry Potter, worthy and enjoyable as they are, Two Cities will remain a staple on this Classical Christian English teacher’s book list if only for its clear articulation of  the truth, goodness, and beauty of the gospel.

The two cities to which the title alludes—Paris and London—are personified in the guise of the characters who call these cities home.  Dr. Manette and Madame Defarge represent the former, while Sydney Carton and Miss Pross represent the latter. These two cities, both alike in savagery and bloodlust, would ultimately experience widely divergent fates, a fact observed and theorized over by historians.  But for Dickens, the two cities and the characters who represent them show forth contradicting notions of how to attain salvation. For one was a city of works, and the other, a city of faith.

For those who haven’t read the work since their own high school days, some background is in order.  In pre-Revolutionary France, one Dr. Manette is unjustly accused and imprisoned in the Bastille for eighteen years by the aristocratic Evremonde family.  Upon finally being “recalled to life” and reunited with a beloved daughter, he shortly thereafter discovers that she has, ironically, fallen in love with an Evremonde—one Charles Darnay, the nephew of Manette’s enemy.  The good doctor will find it in his heart to forgive Darnay for his heritage and bless the marriage.

Before the marriage takes place, however, Darnay finds himself in London and in trouble.  In fact, needing to be saved seems to be the only role Dickens has for Darnay throughout the book.  This time, he has been framed for treason. Powerless once again in the face of injustice, Manette rejoices when Darnay is miraculously saved through the agency of Sydney Carton, an English advocate who, by calling attention to the remarkable resemblance he bears to the accused, establishes reasonable doubt in the jury’s mind.  The subsequent acquittal and the method by which it is accomplished foreshadow events to come.

Later, Darnay is again on trial, this time in France.  Here, as the Reign of Terror reaches its climax, he is guilty of the sin of being an aristo.  The people will have his head. Dr. Manette, recognizing that the suffering he endured at the hands of the aristocratic Evremondes will win him an audience with the people, attempts to speak out on behalf of his son-in-law.  This action, of course, is admirable. However, Dickens uses language to convey that Manette has a “natural” and “worthy” pride, an over-confidence in his ability to turn the tide in court; he glories in the power that his suffering has wrought and presumes a favorable outcome.  Dickens writes that Manette urges his daughter Lucie to trust him “implicitly,” saying that “nothing can happen to [Darnay] without my knowledge, and I know that I can save him” (italics mine).  Such language, bearing resemblance to the injunction of Christ that we trust Him and to the assurance He gives of His power to save, seems a bit presumptuous.  Reading this passage allegorically, the reader sees that Manette is trusting to his suffering—his works, if you will—to save a life. He fails to see the fullness of evil at work in the courtroom as well as the fact that the only remedy for Darnay’s sin will be sacrifice.

Manette’s confidence is shattered, however, when the diabolical Madame Defarge, bent on revenge, reveals further knowledge and turns the court irreconcilably against the prisoner.  Interestingly, Madame Defarge, motivated by hate, later goes head-to head in a fight to the death with Miss Pross, the English companion of Lucie who loves her “ladybird” and would sacrifice anything for her.  Love wins.

Love wins in the battle for Darnay as well.  It is once again Carton who saves him. Upon hearing of Darnay’s hopeless predicament, Carton pours his glass of wine onto the hearth by which he stands—clearly an allusion to the Biblical theme of sacrifice.  It is at this time that he formulates a plan to save Darnay because of the love he has for Darnay’s wife Lucie. Dickens writes that Carton, making use of the remarkable resemblance he bears to the prisoner, is able to con his way into the prisoner’s cell.  There he reveals his intention to take Darnay’s place, whereupon Darnay “faintly struggle[s] with the man who ha[s] come to lay down his life for him; but, within a minute or so, he [is] stretched insensible on the ground.” Darnay is then carried out and spirited away back to London, while Carton awaits the dawn in his prison cell.

Dickens’ lesson here is clear.  Manette, while well-intentioned and motivated by love, could not earn for his friend through suffering or reputation what Carton, Darnay’s “double,” could.  Accordingly, it wasn’t the life that Manette lived on his behalf (and the pride that went with its offering) that saved Darnay–it was the humble death that Carton suffered.  Either way, though, the prisoner could do nothing himself, but in fact had to be rendered insensate by Carton so as not to mar the plan of his salvation. The Christian finds an important truth in this:  Darnay (the Christian) is not saved by works, but rather by resting (even to the point of having that rest imposed on him) in the work of another. Darnay is saved, ultimately, by love.

Whether Dickens intended such a Reformed, allegorical reading of his work may never be clear.  Surely the reader should not look for a perfect correlation of characters to the Christian experience, especially since the distinction between faith and works is very difficult to make.  And there is so much more to the story—what shall I say of Cly and Barsad, Jerry Cruncher, and Madame La Guillotine? Ultimately, though this allegorical reading of A Tale of Two Cities and the men who inhabit them may not work perfectly in a doctrinal sense, it still is clear that Dickens points to the truth of the gospel—that the way to save a life is faith in Christ’s substitutionary and atoning sacrifice.  In an increasingly cynical, apathetic, and incredulous age, let us as Classical Christian educators continue to hold forth his the testimony. It would be a far, far better thing than assigning Hunger Games.